Modi government has stepped up nationwide lockdowns to curb the spread of the corona virus. This time it has been decided to create 5 zones across the country on the issue of Corona virus. It includes red zone, green zone and orange zone as well as buffer zone and containment zone.

So far only three zones have been created in the country on the issue of corona virus. These included the Red, Green, and Orange zones. There is no clarity about the rules on the buffer zone issue. However, the guidelines of the Home Ministry on the issue of containment zones are quite clear. In the containment zone you will find only the necessities of life. In addition to contact tracing, health check-ups will be done at home.

The red zone, green zone and orange zone will be decided by the state government. While the content zone and buffer zone will be decided by the district administration. The guidelines issued by the Home Ministry have to be followed in the containment and buffer zones. Those districts will come in the green zone on the other hand. Where there is not a single case of corona virus. While in the red zone will come the area where cases of corona virus are doubling rapidly

The central government has announced a nationwide lockdown till May 31. Lockdown 4 will now be 14 days with a duration of May 31. Its rule, the law will be announced in a few minutes. The lockdown-3 period is coming to an end today. When Prime Minister Narendra Modi announced the first lockdown on March 24, there were about 300 patients with the corona virus in the country. Today, the total number of infected people in the country has crossed 90,000. The number of active cases of corona virus in the country is 53,946. While 2872 people have died.

There will be strict lockdown in 30 cities of 12 states, including these cities in Gujarat
. More than 3000 cases are coming every day. Given these growing cases, the lockdown is likely to bring no relief to certain districts and municipal areas. However, the health ministry also held a meeting with senior officials and district magistrates to review these districts.

According to sources, guidelines for hot spot areas have been prepared and no relief will be provided in the fourth phase of lockdown in these districts. This is because the guidelines that the government has prepared for Corona hotspot areas are said to be strict in preventing this epidemic in heavily infected areas.

30 discounts can be found not in
Delhi municipal areas, including Maharashtra, Tamil Nadu, Gujarat, West Bengal, Madhya Pradesh, Rajasthan, Uttar Pradesh, Telangana, Andhra Pradesh, Punjab and Orissa states. During the meeting an account of the current situation of corona in the districts was prepared, in which facts such as infection confirmation rate, fatality rate, doubling rate, testing per million etc. were published. Find out here which 30 cities are included in these states.

Today is the last day of Lockdown-3.0 in Gujarat and Lockdown 4.0 will start from tomorrow. From the evening of May 15 to the evening of May 16, 1057 new cases of corona were reported in the state and 19 patients died. As well as 273 patients recovered. Thus a total of 10989 cases have been reported while the death toll has reached 625 and 4,308 patients have recovered and returned home. Regarding the launch of Lockdown 4.0 in the state from tomorrow, Chief Minister’s Secretary Ashwini Kumar said that the central government’s guideline on how to proceed in trade, industry and office from tomorrow will be released soon. After that, a meeting of the High Level Core Committee is being held under the chairmanship of the Chief Minister from 5 pm today. This meeting will study the guidelines of the Central Government and consider how to proceed in different cities, districts and metros of Gujarat. Detailed guidelines will be issued by the state government by the evening thereafter.

Workers do not clash with media-police, administration: The DGP

state police chief said regarding lockdown and law and order, there have been incidents of workers clashing with the system, which is not appropriate. Some people tried to take the law into their own hands today when a train bound for Shapar in Rajkot district was canceled. In which the police and the media have been attacked. An offense has been filed against the perpetrator of this type of act. Losing patience in this way does not lead to conflict with the police, the local administration or the media. If the train is delayed or canceled, the train will be re-arranged and the workers will be sent back to their home state. Odisha trains canceled following hurricane forecast: Police chiefThe state police chief further added that people walking home on the road are being kept in a nearby shelter home and arrangements are being made to send them home from there. The meteorological department has forecast thunderstorms in some parts of the country, including Odisha. As the Odisha administration is busy with the system, it has asked the workers to postpone the registration process for the next three to four days. So that those who want to go to Odisha from Gujarat should be patient, at present the train will not run for three-four days. 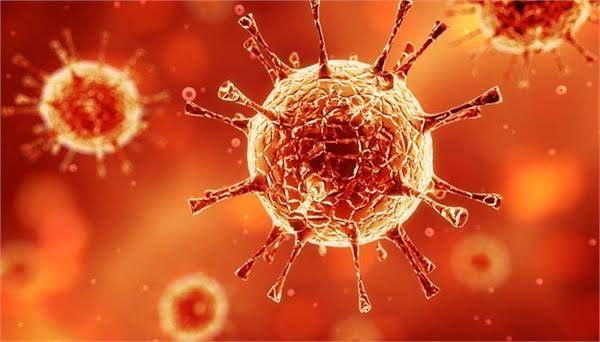 Lockdown in Ahmedabad to be eased after Eid on May 25 Gujarat government officials are also in the mood to extend the lockdown in Ahmedabad till May 31. If it cannot be extended till May 31, then it is ready to be done till May 25. The government will take a decision soon. While the 21-day containment zone will be reviewed on May 24, the lockdown could be opened by completing Eid on the 25th.

Rupani Minister recently ordered a full investigation into the incident found to come from a civil discharged from hospital patient zombies Ganapat varubhai Makwana Danilimada BRTS bus stand. The chief minister has handed over the probe to former health front secretary J P Gupta. It has also directed to submit the investigation report to the state government within 24 hours.

Earlier, when Health Secretary Jayanti Ravi released the positive case figures in the evening, only 348 newly registered cases were mentioned in the last 24 hours so adding up the total number of positive cases till Friday did not add up and misunderstandings spread. Although the Gujarat government had registered only 348 cases in 24 hours, the figure was higher in the last week as 709 people tested positive during health check-ups of super spreaders selling milk, groceries, vegetables and other items in Ahmedabad. But so far no explanation has been received as to why all these figures have been kept together and not updated daily.